Survey Of Trace Forms Of Algebraic Number Fields, A 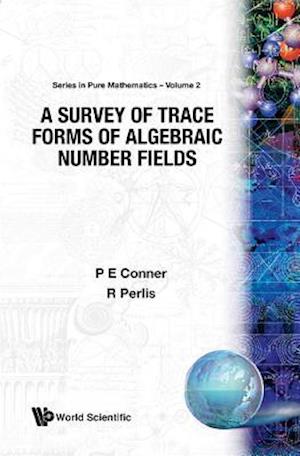 Every finite separable field extension F/K carries a canonical inner product, given by trace(xy). This symmetric K-bilinear form is the trace form of F/K.When F is an algebraic number field and K is the field Q of rational numbers, the trace form goes back at least 100 years to Hermite and Sylvester. These notes present the first systematic treatment of the trace form as an object in its own right. Chapter I discusses the trace form of F/Q up to Witt equivalence in the Witt ring W(Q). Special attention is paid to the Witt classes arising from normal extensions F/Q. Chapter II contains a detailed analysis of trace forms over p-adic fields. These local results are applied in Chapter III to prove that a Witt class X in W(Q) is represented by the trace form of an extension F/Q if and only if X has non-negative signature. Chapter IV discusses integral trace forms, obtained by restricting the trace form of F/Q to the ring of algebraic integers in F. When F/Q is normal, the Galois group acts as a group of isometries of the integral trace form. It is proved that when F/Q is normal of prime degree, the integral form is determined up to equivariant integral equivalence by the discriminant of F alone. Chapter V discusses the equivariant Witt theory of trace forms of normal extensions F/Q and Chapter VI relates the trace form of F/Q to questions of ramification in F. These notes were written in an effort to identify central problems. There are many open problems listed in the text. An introduction to Witt theory is included and illustrative examples are discussed throughout.