A Stranger in Europe 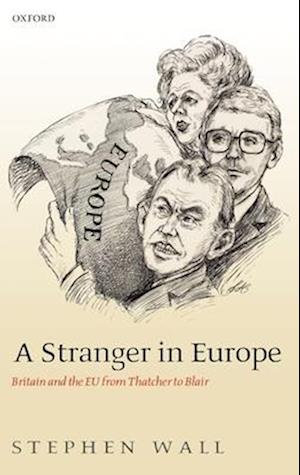 For over twenty years, at the heart of Whitehall, Sir Stephen Wall worked for British leaders as they shaped Britain's European policy: Margaret Thatcher fighting to get 'her money back'; John Major at Maastricht where the single European currency was born; Tony Blair negotiating the Amsterdam, Nice and Constitutional Treaties. Stephen Wall draws on his experience to trace a journey from 1982 to the present as successive British governments have wrestled with theirrelationship with their EU partners. A Stranger in Europe goes behind the scenes to tell the story of how Margaret Thatcher and her successors sought to reconcile Britain's national and European interests. Drawing on the documents of the period it gives a unique insight into how Britain's leaders weighed the British national interest and the interests and personalities of their European counterparts. This is the story of Prime Ministers and Foreign Secretaries in intimate discussion with other EU leaders, of howpoliticians instruct and motivate their top officials to implement their political will and how those officials seek to turn political instruction into negotiating success. Stephen Wall analyses British success, and failure. He shows how, despite differences of declared aim and of personality, Britain's leaders have in practice followed very similar paths. Britain has been an awkward partner, often at odds with her fellow Europeans: a stranger in Europe. But with dogged determination and seriousness of purpose Britain's leaders have done much to shape and reform the modern Europe in which we live today.