A Season of Reckoning 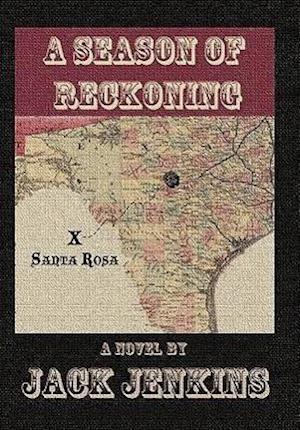 The light plane loaded with two million dollars worth of cocaine drifted through the night sky over the Chihuahuan desert searching for a lighted strip in the mountains near the Texas border. The pilot spotted the strip lined with crude lights. He made a low pass over the area, set the plane down and taxied to the end of the strip where two vans were located. He killed the engine and stepped out of the plane. Two men stood near his door. He saw the two men fall to the ground and then he fell to the ground - all three very dead. Several armed men dressed in black rushed the two vans. Within seconds, several men, again dressed in black, rushed the plane and removed the cocaine from the cargo area. Another man slid into the pilot's seat, fired the engine up and flew the plane into Texas.

Others in the dope cartel had been killed or captured in the little village of Santa Rosa on the Rio Grande, 18 miles south of the strip. These actions had been practiced many times. It was near the end of a carefully planned exercise to rid the village of the deadly cartel forever. It went like clockwork. The bad guys lose and the good guys win.

Sam DeLeon had planned this, with a few of his friends from the agency they worked for, and the men of the village. Sam was retired from a big city P.D. in Texas and had fallen in love with a woman that lived in the village. The cartel people were very cruel to the villagers. Sam and his people put a stop to their activities in Santa Rosa.

Further investigation revealed that there was more than dope on that plane, much more.