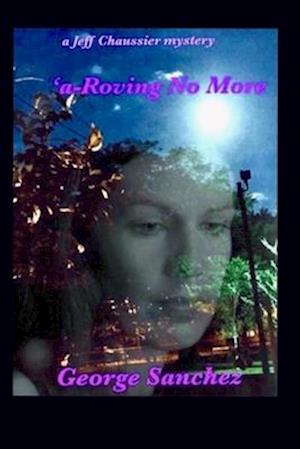 Jeff Chaussier's story centers on his native city and the woman he loves. It has been a fraught journey. In this, the fifth chapter in their saga, Jeff and Bryna have returned from Europe for their long-delayed wedding, but her Italian captivity hangs heavily over her. Back in New Orleans, their wedding can finally occur. A rousing Irish Channel reception will follow with all the colorful denizens of that neighborhood in attendance. But nothing is ever finished. Ghosts from the past hover. Hints they received before their return tells them threats continue. Jeff 's brothers have returned to New Orleans from Italy and Boston for the wedding. Things do not go according to plan. Bryna flees the wedding. Bryna has been scarred by all that has happened-her sexual slavery, her bayou captivity, her guilt about the Italian affair forced on her. Healing Bryna is as much a priority as finding the source of threats Jeff has been warned that will not be erased, even by their safe return from Europe. Trusting to their love to heal Bryna. Jeff calls on an unlikely group of friends to investigate: an ex-Marine female impersonator and ex-Marine his wife; a mountainous longshoreman "Paul Bunyan;" Skinny, a 300 pound pool player with connections; Ramirez, an honest New Orleans policeman; Unc, a leading politician; Red John, a prodigious drinker who knows things; Jeff's bothers-musician, firefighter, mechanical genius. In the back ground is Padrino who owes Bryna and Jeff for the rescue of his granddaughter and great-grandchild whom Bryna adores more than life. The threat is real. Someone is trying to kill Bryna by fire. Arson is enveloping the homes and businesses of Jeff's friends. Jeff needs help beyond his circle of friends. He needs the members of law enforcement in Jefferson Parish who have helped before. He needs that shadowy group living in the woods with their guns and their own agenda. The true motives of past opponents may not be what they were thought to be. The current circumstances may be more threatening than they seem. Jeff needs to find the truth. His journey takes him from the French Quarter back to the pine hills and into swamps of Louisiana and into a past that will not go away. The arc of the story takes the reader from a comic Irish Channel wedding to a tragic denouement. The animating factor in the saga is is New Orleans who have bred the characters and the appealing hero and heroine of the Jeff Chaussier series. A Mediterranean city accidentally attached to the United States, New Orleans has an aura and ethos all its own. She always takes care of her own. Jeff and his friends are back for a wild ride. Previous novels include: LIT BY LIGHTNING, EXPLORATION'S END, A PLACE UNCHANGED, and the book preceding this one, SHREDS AND PATCHES.