A Roman Villa and Other Iron Age and Roman Discoveries 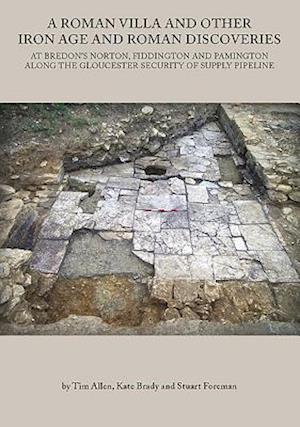 This report presents the results of archaeological investigations along the 17km-long Gloucester Security of Supply Water Pipeline in the vicinity of Tewkesbury. The archaeological mitigation works were commissioned by Severn Trent Water; following evaluation of the whole route, three sites were chosen for excavation, at Fiddington and Pamington in Gloucestershire and at Bredon's Norton in Worcestershire. The site at Pamington revealed oval enclosures of mid-late Iron Age date, that at Fiddington elements of a rural settlement spanning all of the Roman period. At Bredon's Norton the pipeline cut through a series of Iron Age and Roman settlement enclosures and their internal features, and also included human burials of both periods. Unusually, one Iron Age burial was accompanied by a saw, and among the Roman burials was a cemetery of seven newborn infants. An unexpected discovery was the remains of a Roman bath-house with a plunge pool flagged with stones and decorated with painted wall-plaster. This was later drained and had a central cistern inserted, while the loft was used to store grain. The building was destroyed by fire at the very end of the Roman period, resulting in the exceptional preservation of charred grain, together with fragmentary timbers, on the floor.