A Riverine Site Near York 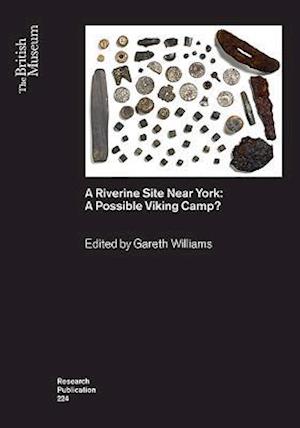 The location known as 'A Riverine Site Near York (ARSNY)' represents a category of Viking site known from the historical record but one that until recently had remained largely undetected archaeologically: the Viking camp. The published investigations at Repton, Derbyshire, although undoubtedly important, created a false paradigm for the scale and character of such sites. The discovery and investigation of ARSNY, along with Torksey in Lincolnshire and Woodstown in Ireland, has revolutionised understanding of the size and character of such sites, with wider implications for the aspects of Viking warfare, urbanisation, precious metal economies and the transition from raiding to permanent settlement. This volume includes the detailed publication of the ARSNY site, along with the first detailed comparison of the sites as a group and of their wider significance.One particular feature of the site is that the finds shed new light on the character of Viking exchange in Northumbria on the eve of settlement. The volume concludes with a synthesis of the evidence from ARSNY and York with these other groups of finds to provide a comprehensive overview of the monetary developments which took place in Yorkshire in the period between the Viking settlement of the mid-870s and the expulsion of the last Viking king of Northumbria in 954, making this a milestone publication for the understanding of precious metal economies in the Viking Age.

Forfattere
Bibliotekernes beskrivelse This volume comprises the detailed publication of the Viking camp discovered at a location known as 'A Riverine Site Near York', along with the first detailed comparison of this and other key sites as a group and of their wider significance. It is a milestone publication for the understanding of precious metal economies in the Viking Age. 60