indgår i serie And Learning 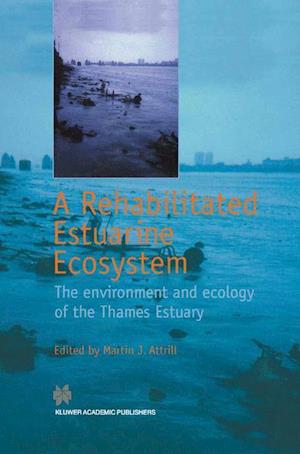 Jim Green 1.1 THE THAMES ESTUARY:A PERSONAL VIEW For almost 50 years I have lived close to the Thames estuary (Figure 1.1). In the early 1950s, from our flat in Pimlico, we could walk along the embankment opposite Battersea Power Station. At low tide, the exposed mud had large red patches caused by the haemoglobin in innumerable tubificid worms. These formed the basis of a minor trade. Men with waders and sieves would collect the worms and sell them to the aquarium trade as food for fishes.The superabundance of these worms depended on the gross organic pollution of this reach of the Thames. Towards the end of the 1950s we moved to Teddington, within a few minutes' walk from the lock. Casual observation of the birds on the river indicates an increase in the piscivores over the last 20 years.Cormorants tPhalacrocorax carbo) are regularly seen, and grey herons (Ardea cinerea) are more abundant. On a good day it is possible to see up to eight herons around the weir and below the lock. Another bird that is now common- place in the area is the great-crested grebe (Podiceps cristatus).The regular mallard (Anas platyrhynchos)and Canada geese (Branta canadensis)are some- times joined by tufted duck (Aythafuligula)and mandarin (Aixgalericulata).