A Question of Freedom

- A Memoir of Learning, Survival, and Coming of Age in Prison 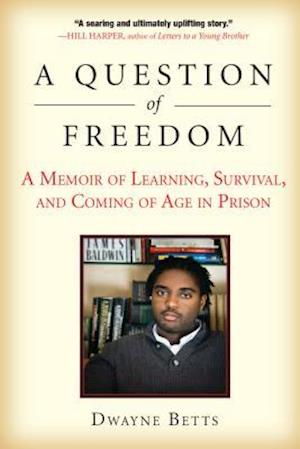 A unique prison narrative that testifies to the power of books to transform a young man's life At the age of sixteen, R. Dwayne Betts-a good student from a lower- middle-class family-carjacked a man with a friend. He had never held a gun before, but within a matter of minutes he had committed six felonies. In Virginia, carjacking is a "certifiable" offense, meaning that Betts would be treated as an adult under state law. A bright young kid, he served his nine-year sentence as part of the adult population in some of the worst prisons in the state. A Question of Freedom chronicles Betts's years in prison, reflecting back on his crime and looking ahead to how his experiences and the books he discovered while incarcerated would define him. Utterly alone, Betts confronts profound questions about violence, freedom, crime, race, and the justice system. Confined by cinder-block walls and barbed wire, he discovers the power of language through books, poetry, and his own pen. Above all, A Question of Freedom is about a quest for identity-one that guarantees Betts's survival in a hostile environment and that incorporates an understanding of how his own past led to the moment of his crime.

Forfattere
Bibliotekernes beskrivelse At the age of 16, Betts carjacked a man, and within a matter of minutes he had committed six felonies. Sentenced to eight years in an adult prison, Betts shares his coming-of-age story, which took place in one of the worst facilities in Virginia.