A Question of Commitment

- The Status of Children in Canada, Second Edition

indgår i serie Studies in Childhood and Family in Canada 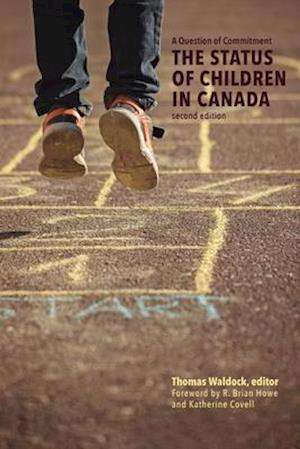 With the adoption of the United Nations Convention on the Rights of the Child (1989), commentators began to situate the evolution of the status of children within the context of the "property to persons" trajectory that other human rights stories had followed. In the first edition of A Question of Commitment, editors R. Brian Howe and Katherine Covell provided a template of analysis for understanding this evolution. They identified three overlapping stages of development as children transitioned from being regarded as objects to subjects in their own right: social laissez-faire, paternalistic protection, and children's rights. In the social laissez-faire stage, children are regarded as objects, and largely as the property of parents. In the paternalistic protection stage, children are seen as vulnerable and in need of protection. The children's rights stage lays emphasis on children as rights-bearers, as individuals in their own right with entitlements. In this second edition, new essays assess the extent to which children's rights have been incorporated into their respective areas of policy and law. The authors draw conclusions about what the situation reveals about the status of children in Canada. Overall, many challenges remain on the pathway to full recognition and citizenship.