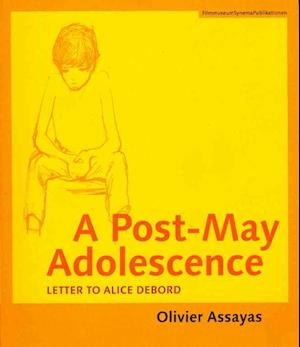 Olivier Assayas is best known as a filmmaker, yet cinema makes only a late appearance in this volume. A Post-May Adolescence is an account of a personal formation, an initiation into an individual vision of the world. It is, equally, a record of youthful struggle. Assayas' reflective memoir takes the reader from the massive cultural upheaval of France in May 1968 to the mid-1990s, when the artist made his first autobiographical film about his teenage years, L'Eau froide. The movement of thought and creation known as Situationism is the golden thread that connects and, in part, inspires his memoir. This book also includes two essays by Assayas on the aesthetic and political legacy of Guy Debord, who played a decisive role in shaping the author's understanding of the world and his path towards an extremely personal way of making films. A Post-May Adolescence was first published in French in 2005. Its expanded English edition makes a valuable companion to the first English-language monograph on Assayas' body of work, Olivier Assayas, edited by Kent Jones, also published by the Austrian Film Museum.