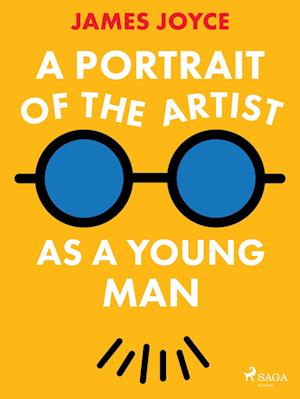 ‘A Portrait of the Artist as a Young Man’ is a coming-of-age novel by Irish author James Joyce, which follows the life and artistic development of young Stephen Dedalus. In it, Joyce explores life in Ireland at the time, as Stephen grows up and finds his way in the world. We follow as he attends college, battles with religion, engages in social and political intrigues, and suffers the embarrassments that come with adolescence, as the young poet struggles to find his direction in life. Semi-autobiographical, ‘A Portrait of the Artist as a Young Man’ is a fascinating insight into life in 20th century Ireland, as well as into the development of Joyce the writer too. James Joyce (1882-1941) was an Irish novelist, poet and short story writer. Born in Dublin, Joyce attended University College Dublin, before moving to Europe with his wife Nora Barnacle. It was whilst living in Trieste that Joyce wrote and published his first book of poems and his short story collection ‘Dubliners’. During WWI Joyce was living in Zurich and it was here that he wrote perhaps his most famous work, ‘Ulysses’. One of the most influential and important writers of the 20th century, his other famous works include ‘A Portrait of the Artist as a Young Man’ and ‘Finnegans Wake’. He died in Paris in 1941 at the age of 58.Fil størrelse: 283 KB