- The Search for Economic Independence in Revolutionary Virginia 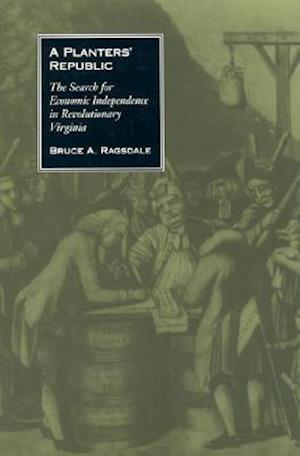 Confronted by an increasingly restrictive imperial policy and mounting debt with England, Virginians envisioned the development of an independent economy safe from the constraits of parliamentary regulation and the influence of British merchants. Throughout the revolutionary era, from the earliest resistance to imperial policy in the 1760s to the debate on ratification of the Federal Constitution in 1788, Virginians pursued a vision of economic independence that they considered a prerequisite for the liberty, security, and prosperity of their state. That vision reflected a determination to free themselves from the demands of British merchants and the restrictions of the tobacco trade while maintaining the viability of Virginia's plantation systems. Pressed by debt and a declining economy, Virginia planters formed economic associations dedicated to protecting domestic agriculture and promoting local manufactures. Independence, they understood, was as much an economic condition as a political one. In this exciting reinterpretation of Virginia's path to Revolution, Bruce Ragsdale follows one colony's efforts to break economically with England and shows how this grassroots movement to become self-sufficient solidified into the political resistance leading to war.