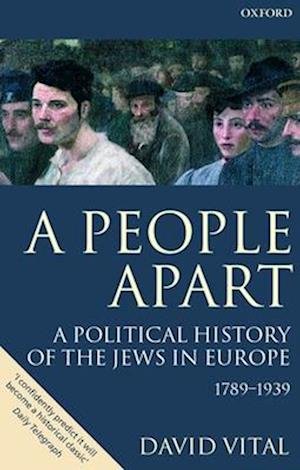 In this important and timely new study Professor Joppke compares the postwar politics of immigration control and immigrant integration in the United States, Germany, and Britain - three liberal states characterized by sharply distinct nationhood traditions and immigration experiences. Mapping out the many variations between these cases, the book focuses on the impact of immigration in the two key areas of sovereignty and citizenship. In Part 1, the author analysesthe effect of immigration control on state sovereignty, arguing that liberal states are self-limited by interest-group pluralism, autonomous legal systems, and moral obligations toward particular immigrant groups - the weight of these factors differing across particular cases. In Part 2, headdresses the ways in which immigrant integration impacts upon citizenship, arguing for the continuing relevance of national citizenship for incorporating immigrants, albeit modified by nationally distinct schemes of multiculturalism. In the face of current diagnoses of nation-states weakened by the external forces of globalization and international human rights regimes and discourses, Professor Joppke demonstrates that, in relation to immigration at least, nation-states have proved remarkablyresilient. Not only does this book offer an thorough, insightful examination of the immigration experiences of the USA, Germany, and Britain, it also makes a powerful contribution to the growing macro-sociological and political science literature on immigration, citizenship, and thenation-state.The twentieth century has seen both the greatest triumph of Jewish history and its greatest tragedy: the birth of the nation of Israel, and the state-sponsored genocide of the Holocaust. A People Apart is the first study to examine the role played by the Jews themselves, across the whole of Europe, during the century and a half leading up to these events. David Vital explores the Jews' troubled relationship with Europe, documenting the struggles of this 'nation without a territory' to establish a place for itself within an increasingly polarized and nationalist continent. He examines the clash within the Jewish community between politically neutral traditionalists and a new group of activists, whose unprecedented demands for national and political self-determination were stimulated both by increasing civil emancipation and the mounting effort todrive the Jews out of Europe altogether. Controversially, Professor Vital concludes that the history of the Jewish people was indeed in crucial respects although certainly not all of their own making; at times by their own autonomous action and choice; at others by inaction and default. This powerful and stimulating new analysis represents a watershed in our understanding of the history of the Jews in Europe, and therefore in the whole history of the continent.

Forfattere
Bibliotekernes beskrivelse This important new study compares the postwar politics of immigration control and immigrant integration in the United States, Germany, and Great Britain. Against current diagnoses of nation-states diminished by globalization and international human rights regimes and discourses, the author argues that nation-states have proved remarkably resilient, at least in the face of immigration.The twentieth century has seen both the greatest triumph of Jewish history and its greatest tragedy: the birth 2 Maps, numerous tables