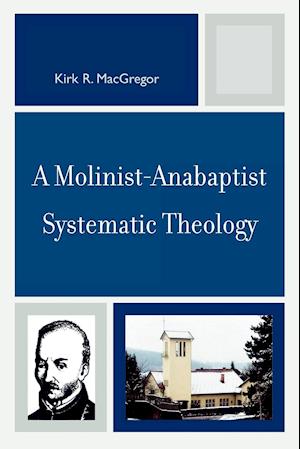 As the first systematic theology of its kind, the ecumenical construction synthesizes the strengths of what are typically considered two disparate branches of Christianity, namely, Roman Catholicism and Anabaptism. Focusing on the celebrated Jesuit neo-Scholastic theologian Luis de Molina (1535-1600) and the evangelical peace communities from the early modern period onward, this system integrates the best in Catholic philosophical theology with the best historical implementations of the Free Church ecclesiological tradition. In doing so, this progressive doctrinal edifice furnishes provocative new answers to perennial quandaries. Included in this discussion are the polarity between sovereign predestination and libertarian freedom, the interaction between omniscience and God's "changing his mind," and the existence of gratuitous evil. This system breaks ground in the realm of practical theology by proposing an antithetical relationship between church discipline and the sacraments. While avoiding the either-or debate between egalitarianism and complementarianism, this theology demonstrates exegetically that women should not be restricted from holding any leadership position within the church. Drawing together these dialectical and Scriptural threads, this book advocates a social ethic that exhorts Christians to display extreme reluctance on matters of war, and to exercise discernment toward political agendas by measuring them against the Sermon on the Mount.