A Memoir on the Indian Surveys 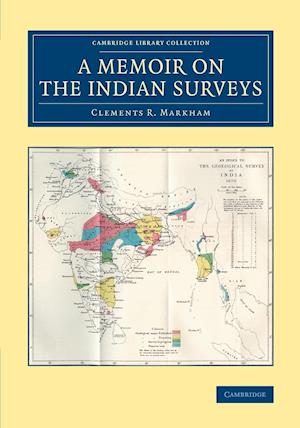 Sir Clements R. Markham (1830-1916), the doyen of historical geography in the late nineteenth century, published this comprehensive work on British surveys of India in 1871, at the request of the Indian Office. As he states in his preface, the object of his book is 'to furnish a general view of all the surveying and other geographical operations in India from their first commencement', so that there was a ready source of information on work already done, both for readers of current surveys and also for the surveyors themselves. Markham begins with the earliest European exploration of the Indian Ocean, including the earliest voyages of the East India Company. Systematic land surveying in India, begun by Major James Rennell, remained in military hands through the period of the trigonometric and topographical surveys, and Markham also covers the geological, archaeological and astronomical surveys of the subcontinent in the nineteenth century.