- The Sixth Chronicle of Matthew Bartholomew 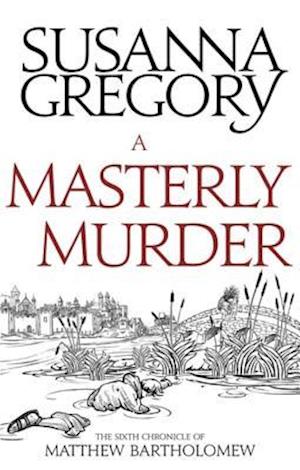 For the twentieth anniversary of the start of the Matthew Bartholomew series, Sphere is delighted to reissue all of the medieval monk's cases with beautiful new series-style covers.------------------------------------The winter of 1353 has been appallingly wet, there is a fever outbreak amongst the poorer townspeople and the country is not yet fully recovered from the aftermath of the plague. The increasing reputation and wealth of the Cambridge colleges are causing dangerous tensions between the town, Church and University. Matthew Bartholomew is called to look into the deaths of three members of the University of who died from drinking poisoned wine, and soon he stumbles upon criminal activities that implicate his relatives, friends and colleagues - so he must solve the case before matters in the town get out of hand...The Cambridge college of Michaelhouse is in uproar in the November of 1353: Kenyngham the saintly but ageing Master has announced his retirement and with unseemly haste a Michaelhouse Fellow named Runham arranges his own 'election' as his successor. Within days he has dismissed several members of staff, including the redoubtable laundress Agatha, and is making life so unpleasant for the scholars that even Matthew Bartholomew believes his future as physician and teacher at the college is untenable. While Matthew is helping Brother Michael, Proctor of the fledgling university, investigate some suspicious deaths, Runham himself is murdered and, although mourned by none, Matthew and Michael know they have to solve the mystery before any more damage is done to their beloved Michaelhouse.

Forfattere
Bibliotekernes beskrivelse For the twentieth anniversary of the start of the Matthew Bartholomew series, Sphere is delighted to reissue all of the medieval monk's cases with beautiful new series-style covers.