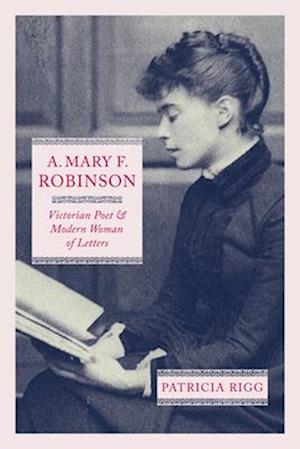 Born in England in 1857, Agnes Mary Frances Robinson contributed to cultural and literary currents from nineteenth-century Victorianism to twentieth-century modernism; she was equally at home in London and Paris and prolific in both English and French. Yet Robinson remains an enigma on many levels.This literary biography integrates Robinson's unorthodox life with her development as a writer across genres. Best known for her poetry, Robinson was also a respected biographer, history writer, travel writer, and contributor of reviews and articles to the Times Literary Supplement for nearly forty years. She had a romantic friendship with the writer Vernon Lee and two happy - and celibate - marriages. Her salons in London and Paris were attended by major literary and artistic figures, and she counted amongst her friends Robert Browning, Oscar Wilde, John Addington Symonds, Gaston Paris, Ernest Renan, and Maurice Barres.Reflecting a decade of research in international archives and family papers, A. Mary F. Robinson reveals the extraordinary woman behind the popular writer and critically acclaimed poet.