A Manifesto for Ombudsman Reform 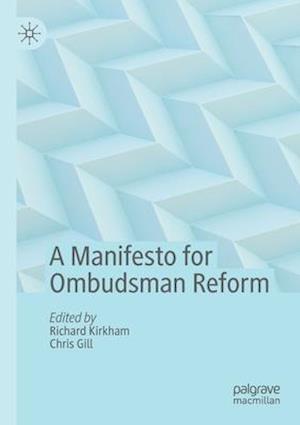 This book seeks to persuade policy-makers and legislators of the need for legislative reform of the ombudsman sector, and to evidence the ways in which such reformative legislation can be designed. In pursuing this goal, this edited collection represents an academic response to a challenge laid down by the current Parliamentary Ombudsman in February 2018, at a JUSTICE event. It draws on the original research of the authors and bases its proposals for reform on a fundamental re-assessment of the focus and purpose of ombudsman systems. A Manifesto for Ombudsman Reform deals with key, recurring controversies in ombudsman scholarship, including the role that the ombudsman should be fulfilling, the procedures it should employ, the powers that are necessary for effectiveness, and the means of ensuring both freedom of operation and accountability. It will inform academic and policy debates about the future of the ombudsman institution in the UK and its analysis should be of interest to academics and policy-makers in other jurisdictions.