A Love Against All Odds: Vampire MF Romance Short Story 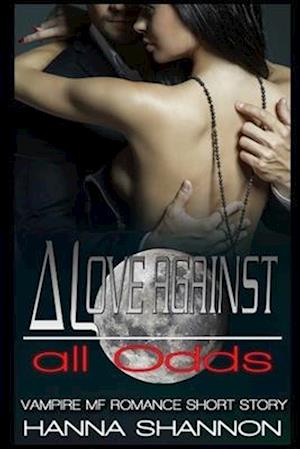 Vampires have long taken over the human world since the reign of King Lucas Ice, who has ruled for two centuries.

He is ruthless and treats every human like dirt. He hates human with passion and hunts them at night for their blood.

He is every human's nightmare and at the same time, every lady's daydream.

Ariana Scott is just a small-town girl. Her world revolves around her ill father. She would do anything to save him even if it means bowing down to the vampires, the same kind who killed her mother.

King Lucas has gone centuries looking and waiting for his mate-his human mate. The same kind he hates.

All Lucas wants is blood and all Ariana wants is freedom.

Will the two unlikely pair ever learn to bow down to their fates? Will Lucas finally accept Ariana as his mate? Or does his hatred of human keep him away?

WARNING: This standalone short story contains graphic sex and is only intended for adult readers.