A Lark for the Sake of Their Country 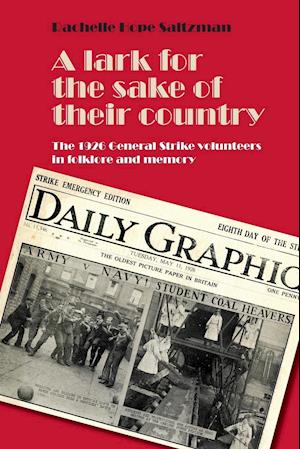 A lark for the sake of their country tells the tale of the upper and middle-class 'volunteers' in the 1926 General Strike in Great Britain. With behaviour derived from their play traditions - the larks, rags, fancy dress parties, and treasure hunts that prevailed at universities and country houses - the volunteers transformed a potential workers' revolution into festive public display of Englishness. Decades later, collective folk memories about this event continue to define national identity. Based on correspondence and interviews with volunteers and strikers, as well as contemporary newspapers and magazines, novels, diaries, plays, and memoirs, this book recreates the context for the volunteers' actions. It explores how the upper classes used the strike to assert their ideological right to define Britishness as well as how scholars, novelists, playwrights, diarists, museum curators, local historians, and even a theme restaurant, have continued to recycle the strike to define British identity. -- .