A House in the Sun

- Modern Architecture and Solar Energy in the Cold War 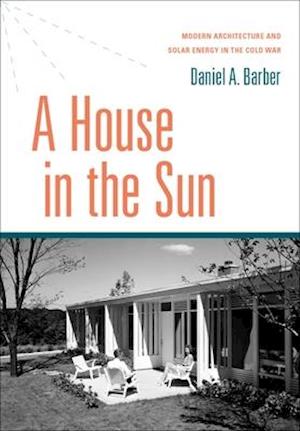 Rapid technological change, the advent of Big Data, and the creation of society-wide government surveillance programs have transformed the accessibility of highly personal information; these developments have highlighted the ambiguous treatment of privacy and personal intimacy. National legal systems vouchsafe and define "privacy," and its first cousin "dignity," in different ways that reflect local legal and cultural values. Yet, in an increasingly globalizedworld, purely local protection of privacy interests may prove insufficient to safeguard effectively fundamental autonomy interests - interests that lie at the core of self-definition, personal autonomy, and freedom. Privacy Revisited articulates the legal meanings of privacy and dignity through the lens of comparative law, and argues that the concept of privacy requires a more systematic approach if it is to be useful in framing and protecting certain fundamental autonomy interests. The book begins by providing relevant, and reasonably detailed, information about both the substantive and procedural protections of privacy/dignity in the U.S., Canada, South Africa, the United Kingdom, and amongCouncil of Europe member states. Second, the book explores the inherent tension between affording significant legal protection to the right of privacy (or human dignity) and securing expressive freedoms, notably including the freedom of speech and of the press. The author then posits that the protection ofprivacy helps to illuminate some of the underlying social and political values that lead the U.S. to fail to protect privacy as reliably or as comprehensively as other liberal democracies. Finally, the book establishes that although privacy and speech come into conflict with some regularity, it is both useful and necessary to start thinking about the important ways in which both rights are integral to the maintenance of democratic self-government.Business is an understudied area in American religious history that has profound implications for how we understand the popularity and ongoing transformation of religion in the US. This volume explores the business aspects of American religious organizations by analyzing the financing, production, marketing, and distribution of religious goods and services and the role of wealth and economic organization in sustaining and even shaping worship, charity, philanthropy,institutional growth and missionary work. Treating religion and business holistically, the essays show how business practices have continually informed American religious life. Laying important groundwork for further investigation, the essays show how American business has operated as a domain forachieving religious purpose that historians of religion often overlook. Even when critics denounce its corruption and fallen state, business occupies a central place in American religious life that merits better understanding. Historically, religion has been more powerful in America when interwoven with business.Chapters on Mormon enterprise, Jewish philanthropy, Hindu gurus, Native American casinos, and the wedding of business wealth to conservative Catholic social teaching indicate the range of new studies stimulated by the business turn in American religious history. Other essays show how evangelicals joined neo-liberal economic practice and right-wing politics to religious fundamentalism to consolidate wealth and power, and develop marketing campaigns and organizational strategies that transformedthe broader parameters of American religious life. All these essays stimulate new ways of thinking about American religious history, and about American success.Some essays in this volume expose the moral compromises religious organizations have made to succeed as centers of wealth and influence, and the religious beliefs that rationalize and justify these compromises. Other essays dwell on the application of business practices as a means of sustaining religious institutions and expanding their reach. Still others take account of controversy over business practices within religious organizations, and the adjustments religious organizations have made inresponse. Together, the essays collected here offer various ways of conceptualizing the interdependence of religion and business in the U.S., establishing multiple paths for further study of their intertwined historical development.A House in the Sun describes a number of experiments in solar house heating in American architectural, engineering, political, economic, and corporate contexts from the beginning of World War II until the late 1950s. Houses were built across the Midwest, Northeast, and Southwestern United States, and also proposed for sites in India, South Africa, and Morocco. These experiments developed in parallel to transformations in the discussion of modernarchitecture, relying on new materials and design ideas for both energy efficiency and claims to cultural relevance. Architects were among the myriad cultural and scientific actors to see the solar house as an important designed element of the American future. These experiments also developed as part of a wider analysisof the globe as an interconnected geophysical system. Perceived resource limitations in the immediate postwar period led to new understandings of the relationship between energy, technology and economy. The solar house - both as a charged object in the milieu of suburban expansion, and as a means to raise the standard of living in developing economies - became an important site for social, technological, and design experimentation. This led to new forms of expertise in architecture and otherprofessions. Daniel Barber argues that this mid-century interest in solar energy was one of the first episodes in which resource limitations were seen as an opportunity for design to attain new relevance for potential social and cultural transformations. Furthermore, the solar discussion established both an intellectual framework and a funding structure for the articulation of and response to global environmental concerns in subsequent decades. In presenting evidence of resource tensions at the beginning ofthe Cold War, the book offers a new perspective on the histories of architecture, technology, and environmentalism, one more fully entangled with the often competing dynamics of geopolitical and geophysical pressures.

Forfattere
Bibliotekernes beskrivelse Privacy Revisited articulates the legal meanings of privacy and dignity through the lens of comparative law, and argues that the concept of privacy requires a more systematic approach if it is to be useful in framing and protecting certain fundamental autonomy interests.A House in the Sun describes a number of experiments in solar house heating in the 1940s and 1950s. It shows how resource limitations were seen as an opportunity for design to attain new relevance for social and cultural transfor 136