A History of the Hebrew Language 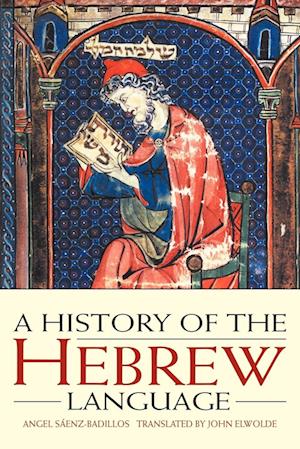 A History of the Hebrew language is a comprehensive description of Hebrew from its Semitic origins and the earliest settlement of the Israelite tribes in Canaan to the present day. Although Hebrew is an 'oriental' language, it is nonetheless closely associated with Western culture as the language of the Bible and was used in writing by the Jews of Europe throughout the Middle Ages. It has also been newly revived in modern times as the language of the State of Israel. Professor Angel Saenz-Badillos sets Hebrew in the context of the Northwest Semitic languages and examines the origins of Hebrew and its earliest manifestations in ancient biblical poetry, inscriptions, and prose written before the Babylonian exile. He looks at the different mediaeval traditions of printing classical biblical Hebrew texts and the characteristic features of the post-exilic language, including the Hebrew of the Dead Sea Scrolls. He gives particular attention to Rabbinic and mediaeval Hebrew, especially as evidenced in writings from Spain. His survey concludes with the revival of the language this century in the form of Israeli Hebrew.