A History of the County of Northampton, Volume VII 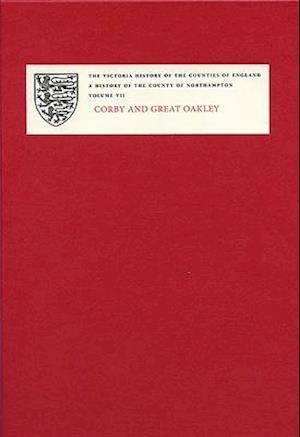 Lying in north Northamptonshire, close to the borders with Leicestershire and Rutland, the neighbouring parishes of Corby and Great Oakley were formerly part of the ancient administrative division of Corby hundred. Both remained agricultural villages, typical of much of rural Northamptonshire before 1932 when the landscape of the area was dramatically altered by large-scale industrialisation associated with the production of iron and steel following the discovery of rich ironstone deposits to the north and east of Corby village. Corby was most directly affected by these changes, with the parish experiencing a dramatic rise in population after the Stewarts & Lloyds Company chose to concentrate their entire steel producing operation there. Between 1932 and 1950, the increasing population resulted in the hasty construction, firstly by the Stewarts & Lloyds Company and later by the Corby UDC, of housing estates on former agricultural land adjacent to the steelworks, before Corby was designated a New Town in April 1950 and responsibility for it passed to the Corby Development Corporation. From this point on, Great Oakley was inexorably drawn into the expanding new town as it spread southwards, eventually being incorporated firstly into Corby urban district in1967 and in 1993 into Corby Borough. Although Corby is perhaps best known for the social problems or "New Town Blues" that blighted it after the steelworks (the town's principal employer) closed in 1980, this volume documents the lesser known medieval and early modern history of Corby and Great Oakley; it shows how generations of inhabitants utilised the rich natural geology and the abundant woodland to supplement the local agrarian economy, before examining in detail Corby's industrialisation, physical and economic growth, post-industrial decline and 21st-century regeneration. Mark Page is Assistant Editor, Victoria County History, Oxfordshire; Matthew Bristow is Research Manager, Victoria County History.

Forfattere
Bibliotekernes beskrivelse Comprehensive and authoritative history of Corby and Great Oakley, charting their growth and development from the early medieval period to the present day.