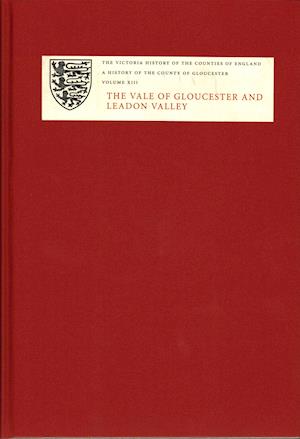 This volume provides authoritative accounts of thirteen ancient parishes alongside the River Severn near Gloucester or its tributary, the Leadon. Ten form a contiguous block north and west of Gloucester, extending from Upleadon to Sandhurst; two more, Minsterworth and Elmore, lie on opposite banks of the Severn below Gloucester. The volume also includes Twyning, a parish near Tewkesbury bordering Worcestershire. It is a countryside of extensive meadows vulnerable to periodic flooding, of rich farmland between prominent, formerly wooded ridges, and of dispersed small settlements. Arable farming, which was widespread under its medieval monastic owners, eventually gave way to dairying, but cider and perry orchards, quarrying and fishing have also been important. River trade and settlement, and crossings by bridge and ferry, have influenced the area's economy and communications pattern, and its proximity to Gloucester attracted prominent citizens to build country houses and acquire estates there. Most parishes retain medieval work in their churches, and timber-framed domestic buildings are widespread. More recently, at Hartpury, the largest and most populous parish included in the volume, a large college campus has developed. . John Jurica worked until his retirement in 2010 for the Gloucestershire VCH as assistant editor from 1973, and from 2007 as county editor: John Chandler, who had previously worked for the VCH project in Wiltshire and Herefordshire, was contracted in 2011 by the Gloucestershire County History Trust as editor to complete this volume and bring it to publication.