A History of the County of Chester - V.1 The City of Chester: General History and Topography 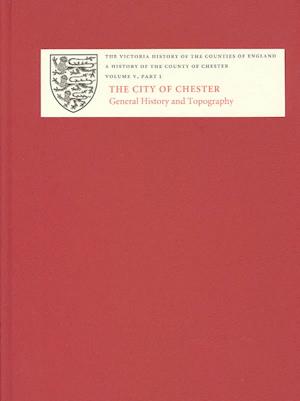 This is the first of two volumes providing an authoritative and detailed treatment of Chester's history, meticulously researched from the original sources. It provides an account of the city from its Roman foundation to the year 2000, arranged by chronological chapters and covering economic, social, political, administrative, military, religious, and cultural history. Special attention is given to topographical development. Six chronological chapters cover the history of Chester by period: Roman, Early Medieval (400-1230), Later Medieval (1230-1550), Early Modern (1550-1762), Late Georgian and Victorian (1762-1914), and Twentieth-Century (1914-2000). The topographies of Roman and 20th-century Chester form integral parts of the first and last chapters. A separate chapter deals with Topography 900-1914. The illustrations, many of which have rarely been seen before, are arranged as a pictorial essay.Cheshire V.ii: Chester covers individual buildings, institutions, and aspects of Chester's history. There is a full index to the whole volume, including subjects. V.i. contains an index only of persons, places, and buildings mentioned in this part.