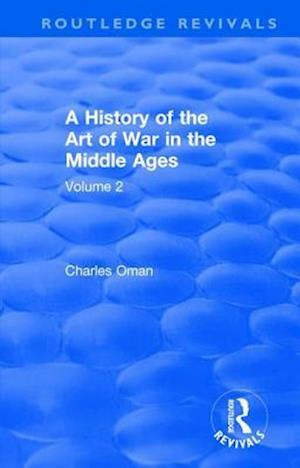 First published in 1898, and following on from Volume 1, this second volume charts the history of medieval warfare from 1278 to 1485. Written by Sir Charles Oman, one of the great medievalists of his time, this book remains for students and general readers one of the best accounts of military art in the Middle Ages. Many of the chapters have been re-written in view of new research. This edition is based on Methuen's 1978 revised and enlarged edition, which includes new chapters on the Swiss Confederacy, the Tartars, the Ottoman Turks, The Italian Condottieri, the English campaigns in France in the 15th century, the Wars of the Roses, and the early employment of artillery.