A History of the American Civil Rights Movement Through Newspaper Coverage 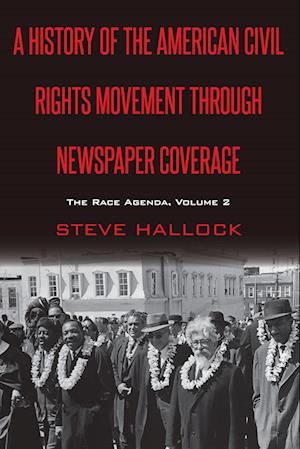 As the first volume of this two-part study established, major newspapers across the United States used framing and gatekeeping to shape the narratives of the tumultuous civil rights movement. Beginning with the landmark 1954 U.S. Supreme Court Brown v. Board of Education decision and the subsequent battle over desegregating a Little Rock high school, and continuing through the 1960 lunch-counter sit-ins, the next year's freedom rides, and the 1963 Birmingham demonstrations, these newspapers helped set the agenda in their reportage of the movement. This second volume opens with the deadly September 1963 terrorist bombing of an African-American church in Birmingham, which crushed the euphoria that civil-rights crusaders had experienced after the 1963 March on Washington. What followed-including the mob violence and police brutality at Selma, the migration of race riots northward and westward, the rise of the Black Panther Party, and the assassination of Martin Luther King, Jr.-confirms the findings of the first volume. Major newspapers, in their coverage, painted starkly differing versions of the same incidents and events. The book contrasts a Northern and Western press more sympathetic to the civil rights crusade with Southern newspapers that depicted a South victimized by violent outside agitators bent on tearing down Southern culture and norms. Amid the current volatile climate of our politics, this study underscores the power of language in constructing our immediate and distant reality.

Forfattere
Bibliotekernes beskrivelse This book is an analysis of newspaper coverage of the civil-rights movement from 1963 to 1971, focusing on such theoretical concepts as agenda-setting, framing and gatekeeping to discern how newspapers of different regions of the country shaped that narrative.