A History of Malawi 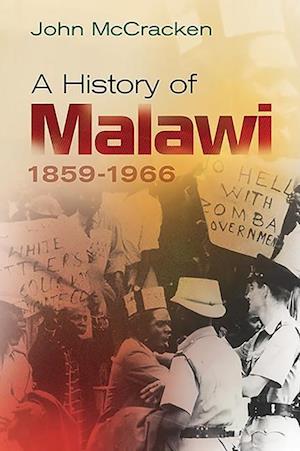 This is the first comprehensive history of Malawi during the colonial period. Using a wide range of primary and secondary sources, it places this history within the context of the pre-colonial past. The book examines the way in which British people, starting with David Livingstone, followed by the pioneer Scottish Presbyterian missionaries and including soldiers, speculators, colonial officials and politicians, played an influential part in shaping Malawi. But even more important is the story of how Malawian people responded to the intrusion of colonialism and imperialism and the role they played in the dissolution of the colonial state. There is much here on resistance to colonial occupation, including religious-inspired revolt, on the shaping of the colonial economy, on the influence of Christian missions and on the growth of a powerful popular nationalism that contained within it the seeds of a new authoritarianism. But space is also given to less mainstream activities: the creation of dance societies, the eruption of witchcraft eradication movements and the emergence of football as a popular national sport. In particular, the book seeks to demonstrate the interrelationship between environmental and economic change and the impact these forces had on a poverty-stricken yet resilient Malawian peasantry.Malawi: Mzuni Press John McCracken is Honorary Senior Research Fellow, Stirling University. He has taught at University College of Rhodesia and Nyasaland, University College of Dar es Salaam and was Professor and Head of the Department of History at Chancellor College, University of Malawi from 1980-83 and returned as Visiting Professor in 2009. John McCracken was awarded ASAUK's Distinguished Africanist Award in 2008.