A History of Early Childhood Education in Canada, Australia, and New Zealand

- History of Early Childhood Education in Canada, Australia, a 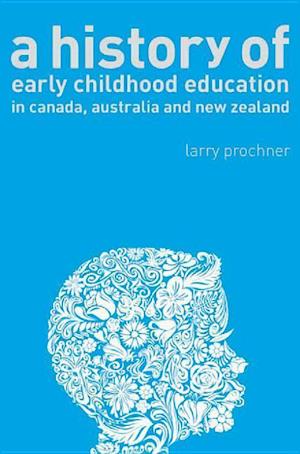 In the early nineteenth century, governments began to develop specialized educational programs - kindergartens and infant or nursery schools - to give children a head start in life. These programs hinged on new visions of childhood that originated in England and Europe, but what happened when they were transported to the colonies?This book unwinds the tangled threads of this history by drawing on a wide range of sources to trace how ideas and developments such as Rousseau's "noble savage," Froebel's emphasis on activity and play, and the Industrial Revolution translated into early infant schools in England, kindergartens in Germany and the United States, and the emergence of free kindergarten systems in Canada, Australia, and New Zealand. It reveals how these three similar but distinct colonies developed early education systems that maintained the integrity of the ideas that inspired them but adapted them to suit local ideas, politics, and indigenous and immigrant populations.This unique account of early childhood education in comparative perspective shows how discourses and developments in the past have shaped the way we educate our children in the present. It will appeal to teachers, researchers, historians, and policy-makers who seek fresh insight into how to reconcile educational theory and practice in an increasingly global world.

Forfattere
Bibliotekernes beskrivelse This book explores the history of kindergartens and infant schools in three settler colonies, revealing how discourses and developments in the past have shaped early childhood education in the present. 17 b&w photos, 5 tables