A History of Chinese Literature 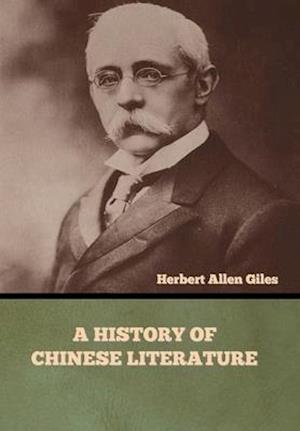 Herbert Allen Giles (8 December 1845 - 13 February 1935) was a British diplomat and sinologist who was the professor of Chinese at the University of Cambridge for 35 years. Giles was educated at Charterhouse School before becoming a British diplomat in China. He modified a Mandarin Chinese romanisation system established by Thomas Wade, resulting in the widely known Wade-Giles Chinese romanisation system. Among his many works were translations of the Analects of Confucius, the Lao Tzu (Tao Te Ching), the Chuang Tzu, and, in 1892, the widely published A Chinese-English Dictionary.

Herbert A. Giles was the fourth son of John Allen Giles (1808-1884), an Anglican clergyman. After studying at Charterhouse, Herbert became a British diplomat to Qing China, serving from 1867 to 1892. He also spent several years (1885-1888) at Fort Santo Domingo in Tamsui, northern Taiwan. He was the father of Bertram, Valentine, Lancelot, Edith, Mable, and Lionel Giles. In 1897 Herbert Giles became only the second professor of Chinese language appointed at the University of Cambridge, succeeding Thomas Wade. At the time of his appointment, there were no other sinologists at Cambridge. Giles was therefore free to spend most of his time among the ancient Chinese texts earlier donated by Wade, publishing what he chose to translate from his eclectic reading in Chinese literature.

His later works include a history of the Chinese Pictorial Art in 1905 and his 1914 Hibbert Lectures on Confucianism which was published in 1915 by Williams and Norgate. He dedicated the third edition of Strange Stories from a Chinese Studio (1916) to his seven grandchildren, but at the end of his life was on speaking terms with only one of his surviving children. An ardent agnostic, he was also an enthusiastic freemason. He never became a Fellow at one of the constituent colleges of the University of Cambridge, despite being a university professor for 35 years. He finally retired in 1932, and died at 89. (wikipedia.org)