A History of Ancient Egypt

indgår i serie BLACKWELL HISTORY OF THE ANCIENT WORLD 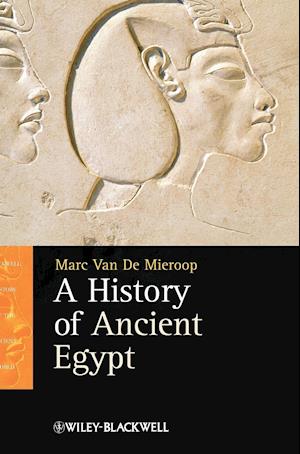 Outlining the major political and cultural events, A History of Ancient Egypt is an authoritative and accessible introduction to this fascinating ancient culture. * An accessible chronological narrative that draws on a range of historical sources * Offers an up-to-date survey of ancient Egypt s history from its origins to its domination by the Roman Empire * Considers social and economic life and the rich culture of ancient Egypt * Places Egypt s history within its regional context, detailing interactions with Asia and Africa * Engages students with various perspectives on a range of critical issues with the Key Debate section included in each chapter * Makes the latest discoveries and scholarship accessible to a wide audience

Forfattere
Bibliotekernes beskrivelse A History of Ancient Egypt provides a chronological survey of Ancient Egypt from the beginning of the Egyptian state around 3000 B.C. until the time when the Roman Empire banned the writing of hieroglyphs in the late fourth century AD.