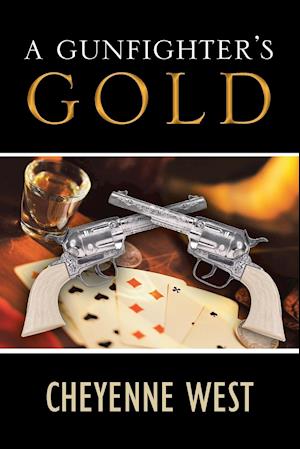 Straight-laced Emily is building a new life for herself breeding horses with her father on his cattle ranch in Jackson, California. However, she's angry, and hiding dark secrets about her failed marriage. When she finds herself in gunfighter, Garrett Stones arms she's even angrier. Garrett Stone rode into town with a saddlebag of secrets he is hiding from everyone in Jackson. As far as everyone knows he's a famous gunfighter, hired to guard Gold shipments for the Kennedy Mine, and has a desire to play Poker. However, when Garrett is forced to take in his late sisters two children he and Emily are just barely on speaking terms. Garrett unknowingly by reputation foils a kidnapping attempt and in turn is ambushed by six of Kennedy's men. Emily's father, Jed Thomas decides to hide Garrett at their vast cattle ranch forcing both of them to face their physical attraction and desire for one another. Jed has also been keeping a secret from his two children for some time now and when it is revealed it could blow the family apart. Gunfighters Gold is a true western romance with an Old South Flare, set in the Gold Rush town of Jackson Ca. in the 1860's. This book will have you laughing one moment, crying the next, with plenty of intrigue, action and romance to keep you turning the pages.