A Great Feat of Improvisation

- Logistics and the British Expeditionary Force in France 1939-1940 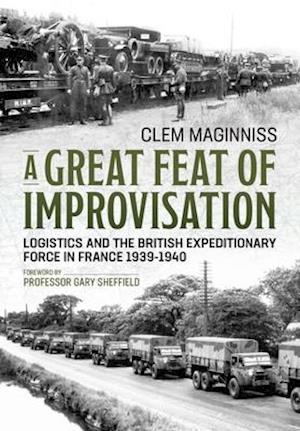 A Great Feat of Improvisation redresses the long-standing lacuna in the historiography of the BEF: logistics. Wide ranging in reach, comprehensive in scope and meticulously researched, it lucidly demonstrates, through description and analysis, not only the importance of logistics to military operations during the campaign but provides fresh evidence and analysis on the deployment sustainment, operations and evacuation of the BEF in the period 1939-1940.

A Great Feat of Improvisation examines how pre-war strategic, economic, political and defense dynamics influenced the plans to generate and deploy the BEF, before assessing how the logistic challenges were met. Many aspects of the BEF's logistic operations are described and analyzed, including the development of the BEF's Wheeled Motor Transport capability, the establishment and expansion of the Base, the role of military and commercial railways to the BEF's capability and the organization and capability of logistics at divisional level.

The BEF's ammunition, supply and fuel distribution systems, together with the delivery of equipment spares, recovery and repairs, are examined in addition to the logistics undermining the BEF's growing offensive Gas Warfare capability. Logistic support to the 1st Armoured Division is described from the division's formation to its evacuation from France, whilst the logistic aspects of denial and recovery operations are explored. Also assessed is the planning and delivery of the 'Quartering' requirement within the United Kingdom for the returning units of the BEF and support to the Soldier in France.