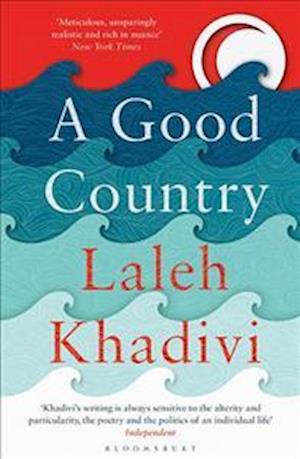 The powerful, moving story of a California teenager from an immigrant family who, finding himself in an increasingly hostile world, is turned from a carefree surfer's life towards a culture of fear and fanaticism Fourteen-year-old Alireza Courdee contains multitudes. He is a straight-A student and an affable stoner; the high-achieving son of Iranian immigrants, and a Californian surf kid; Alireza, and just plain Rez. But when a terror incident shocks the nation - and then another, and another - Rez finds that the world has only one idea about the type of person he is; that his name and the colour of his skin make him an object of suspicion. But there are new friends to shine a light into Rez's isolated, angry existence - Arash, a fellow Muslim student, and the beautiful Fatima. Little by little, Rez is drawn into a new circle, a circle as troubling as it is consoling - and which has a grim and glorious mission in mind for him. Insightful, nuanced and timely, A Good Country is an unforgettable coming-of-age story which deftly captures a young man's alienation and search for identity in a flawed and violent world.