A Gift from Darkness 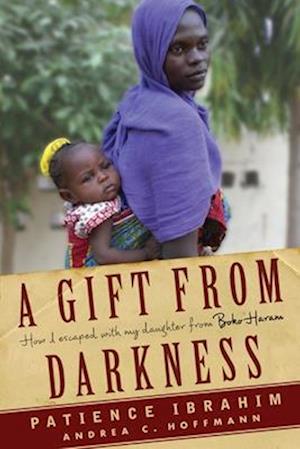 An NPR Best Book of the Year The inspirational story of a pregnant young Nigerian woman and the horrors she endured to save her unborn child when she was kidnapped by Boko Haram. When she was nineteen, Patience Ibrahim's first husband was murdered by Boko Haram. She fled to the safety of her village and remarried several months later. Having prayed for a child for years, Patience is overjoyed when she discovers she is pregnant. But her joy is short-lived: Boko Haram soldiers are at her door. Brutally abducted and forced to convert to Islam, she lives in constant terror of what her kidnappers have in store for her. She finds herself alone in the world and fears her life is over. For two months, Patience hides her pregnancy while facing the brutalities meted out by Boko Haram. By the sheer force of her determination to protect her baby, she and her child are able to survive. Now, she has entrusted journalist Andrea C. Hoffmann with her story, a powerful first-person account of Boko Haram's atrocities in Nigeria and Cameroon. One of the first testimonies on the terrorist group's war crimes in Western Africa, A Gift from Darkness poignantly shows the human toll of a crisis that demands attention.