A Garland of Gold

- The Early Kagyu Masters in India and Tibet 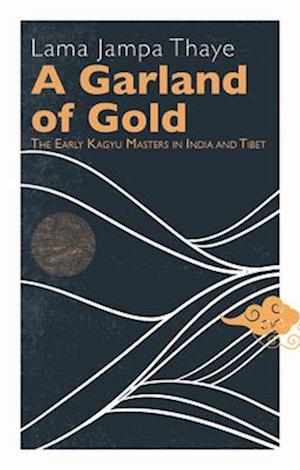 'A Garland of Gold' is a history of the early masters of the great Kagyu tradition of Tibetan Buddhism, such as Saraha, Naropa, Marpa, Milarepa and their spiritual heirs. This history represents the testament of the Kagyu lineage forefathers, showing us how they developed devotion and confidence in their gurus, received the inspiration of the dakini messengers, obtained the precious lineages, attained the vision of mahamudra, and spread the keys to enlightenment. Their songs, also translated here, though incomplete without a master's textual transmission, offer a connection with the world of mahamudra. Lama Jampa Thaye's account of the early masters is based on the histories composed by Pawo Tsuklak Trengwa (1504-1566), Go Lotsawa (1392-1481) and Pema Karpo (1527-1592). He received the transmissions and teachings of the Kagyu forefathers from Karma Thinley Rinpoche and his other gurus such as Ato Rinpoche and Khenchen Thrangu Rinpoche. The Kagyu tradition is one of the four major schools of Tibetan Buddhism alongside the Sakya, Nyingma and Gelug. It rose to prominence in the eleventh and twelfth centuries C.E. some one and a half millenia after the passing of Lord Buddha and remains one of the great spiritual transmission available in the world today. This book offers a remarkable look into the origins of this world.