- Eurocentrism and the Emergence of Islamism 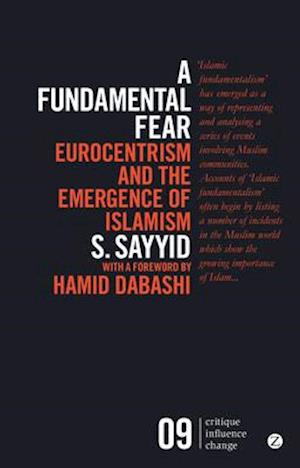 The fear and anxiety aroused by Islamism is not a myth, nor is it simply a consequence of terrorism or fundamentalism.Writing in 1997, before 9/11 and before the austerity that has bred a new generation of far right groups across Europe and the US, S. Sayyid warned of a spectre haunting Western civilization. This groundbreaking book, banned by the Malaysian government, is both an analysis of the conditions that have made 'Islamic fundamentalism' possible and a provocative account of the ways in which Muslim identities have come to play an increasingly political role throughout the world.This is a pioneering, provocative and intricately crafted study, which shows the challenge of Islamism is not only geopolitical or even cultural but also epistemological.

Forfattere
Bibliotekernes beskrivelse In this provocative book S. Sayyid analyses of the conditions that have made Islamic fundamentalism possible.