- With Supplementary Notes on Herbaceous Taxa 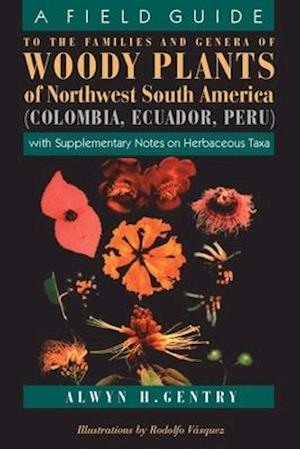 To understand almost any part of the tropical rain forest's fabulously complex web of life, one must first learn to identify a bewildering array of plants. Alwyn Gentry's landmark book, completed just before his tragic death in 1993, is the only field guide to the nearly 250 families of woody plants in the most species-rich region of South America.As a consummate field researcher, Gentry designed this guide to be not just comprehensive, but also easy to use in rigorous field conditions. Unlike many field guides, which rely for their identifications on flowers and fruits that are only present during certain seasons, Gentry's book focuses on characters such as bark, leaves, and odor that are present year-round. His guide is filled with clear illustrations, step-by-step keys to identification, and a wealth of previously unpublished data.All biologists, wildlife managers, conservationists, and government officials concerned with the tropical rain forests will need and use this field guide.Alwyn Gentry was one of the world's foremost experts on the biology of tropical plants. He was senior curator at the Missouri Botanical Garden, and was a member of Conservation International's interdisciplinary Rapid Assessment Program (RAP) team, which inventories the biodiversity of the most threatened tropical areas. From 1967 to 1993 he collected more than 80,000 plant specimens, many of them new to science.

Forfattere
Bibliotekernes beskrivelse This volume is a guide to nearly 250 families of woody plants in a species-rich region of South America. The guide identification methods focus on bark, leaves, and odour that are present all year-round, with step-by-step keys to identification.