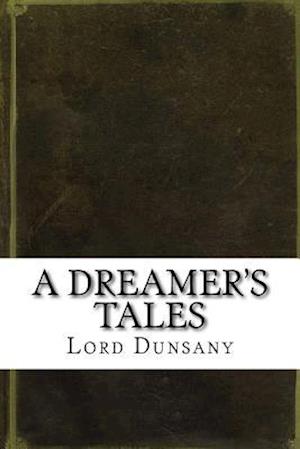 A Dreamer's Tales is the fifth book by Irish fantasy writer Lord Dunsany, considered a major influence on the work of J. R. R. Tolkien, H. P. Lovecraft, Ursula LeGuin and others. It was first published in hardcover by George Allen & Sons in September, 1910, and has been reprinted a number of times since. Issued by the Modern Library in a combined edition with The Sword of Welleran and Other Stories as A Dreamer's Tales and Other Stories in 1917. The book is actually Dunsany's fourth major work, as his preceding book, The Fortress Unvanquishable, Save for Sacnoth (March, 1910), was a chapbook reprinting a single story from his earlier collection The Sword of Welleran and Other Stories (October, 1908). In common with most of Dunsany's early books, A Dreamer's Tales is a collection of fantasy short stories. Source: Wikipedia Edward John Moreton Drax Plunkett, 18th Baron of Dunsany (24 July 1878 - 25 October 1957) was an Anglo-Irish writer and dramatist, notable for his work, mostly in fantasy, published under the name Lord Dunsany. More than eighty books of his work were published, and his oeuvre includes many hundreds of published short stories, as well as successful plays, novels and essays. Born to one of the oldest titles in the Irish peerage, Dunsany lived much of his life at perhaps Ireland's longest-inhabited home, Dunsany Castle near Tara, worked with W.B. Yeats and Lady Gregory, received an honourary doctorate from Trinity College, was chess and pistol-shooting champion of Ireland, and travelled and hunted extensively. He died in Dublin after an attack of appendicitis.