A Dictionary, Practical, Theoretical and Historical, of Commerce and Commercial Navigation 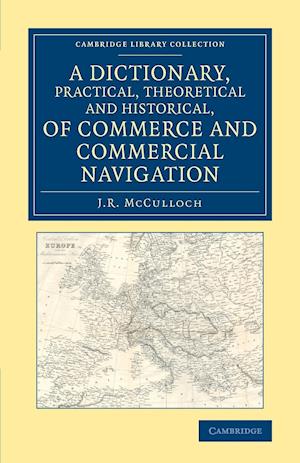 A friend, correspondent and intellectual successor to David Ricardo, John Ramsay McCulloch (1789-1864) forged his reputation in the emerging field of political economy by publishing deeply researched articles in Scottish periodicals and the Encyclopaedia Britannica. From 1828 he spent nearly a decade as professor of political economy at the newly founded University of London, thereafter becoming comptroller of the Stationery Office. Perhaps the first professional economist, McCulloch had become internationally renowned by the middle of the century, recognised for sharing his ideas through lucid lecturing and writing. The present reference work, first published in 1832 and later revised, expanded and updated multiple times, made McCulloch considerable sums of money. His critical and analytical treatment of the data he had largely compiled himself made this much more than a mere book of facts. Several other works written or edited by McCulloch are also reissued in the Cambridge Library Collection.