indgår i serie The Atlantic World 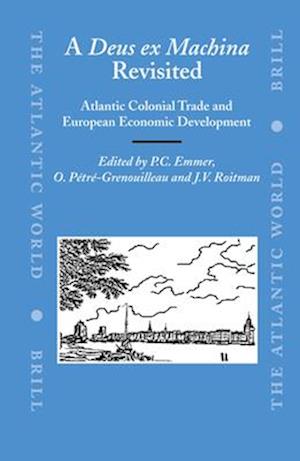 The effects of the expansion of Europe have fascinated historians and economists, as well as the public at large, for centuries. One of the most intriguing and controversial effects of Europe's expansion has been the trade that resulted from this movement out of Europe and into other regions of the world. The role of foreign trade in Europe's economic growth--and especially in its industrialization--has long been hotly contested. This volume has as its point of departure the idea that the link between colonial trade and the development of Europe was much more complex than hitherto believed. Because this link is so complex, this volume contains essays by various specialists to assess the new directions in the historiography. Moreover, this volume examines the debate on the impact of colonial trade on countries such as Spain, Portugal, the Netherlands, Denmark, and Sweden, which are usually ignored in favor of discussion about Britain. Contributors include: D.H. Andersen, G. Le Bouedec, M. Bustos Rodriguez, F. Crouzet, G. Daudin, P.C. Emmer, B. Etemad, M. Morineau, L. Muller, P. O'Brien, O. Petre-Grenouilleau, H. Pietschmann, P. Pourchasse, J.V. Roitman, P. Verley, and N. Wiecker.