A Description of Moldavia 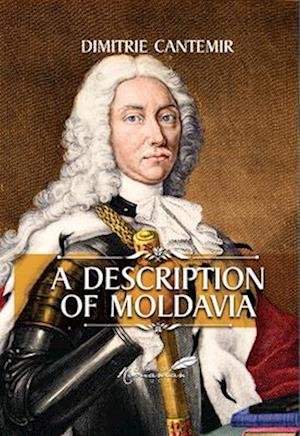 Written by one of the country's most renowned rulers, A Description of Moldavia provides unique insight into the geography, history, economy, ethnography, culture, and traditions of the principality. Born to a noble family, the author, Dimitrie Cantemir, ruled as Prince of Moldavia on two occasions (March-April 1693 and 1710-1711). He was a famed statesman, philosopher, and scholar. Having sided with Peter the Great and Russia in a war against the Ottoman Empire to free his land from Turkish domination, Cantemir was driven into exile. The end of his second reign marked the beginning of the Phanariot regime in the Romanian principalities. Cantemir wrote his Description of Moldavia (Descriptio Moldaviae) in 1716 at the request of the Royal Academy in Berlin, of which he was a member. Originally composed in Latin, it circulated in manuscript during his lifetime but was not published as a book until 1771 when a German-language edition appeared in print. Cantemir's manuscript included a map (reproduced in the present edition), the first real map of the country, containing geographical detail. The book provides a wealth of information about the country's natural resources, political organization, customs and traditions, history, religion, and language. This deluxe edition of this classic work marks the first time A Description of Moldavia has appeared in the English language. An introduction and notes by Dr. A.K. Brackob, a noted specialist on Romanian and East European history, enhance this valuable historical resource.