A Cultural History of Dress and Fashion in Antiquity 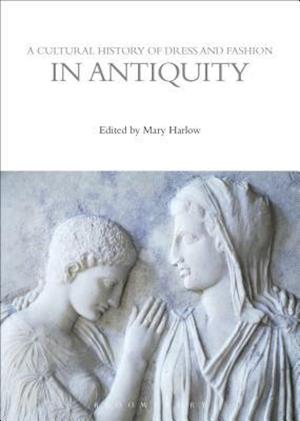 Whilst seemingly simple garments such as the tunic remained staples of the classical wardrobe, sources from the period reveal a rich variety of changing styles and attitudes to clothing across the ancient world. Covering the period 500 BCE to 800 CE and drawing on sources ranging from extant garments and architectural iconography to official edicts and literature, this volume reveals Antiquity's preoccupation with dress, which was matched by an appreciation of the processes of production rarely seen in later periods. From a courtesan's sheer faux-silk garb to the sumptuous purple dyes of an emperor's finery, clothing was as much a marker of status and personal expression as it was a site of social control and anxiety. Contemporary commentators expressed alarm in equal measure at the over-dressed, the excessively ascetic or at 'barbarian' silhouettes. Richly illustrated with 100 images, A Cultural History of Dress and Fashion in Antiquity presents an overview of the period with essays on textiles, production and distribution, the body, belief, gender and sexuality, status, ethnicity, visual representations, and literary representations.