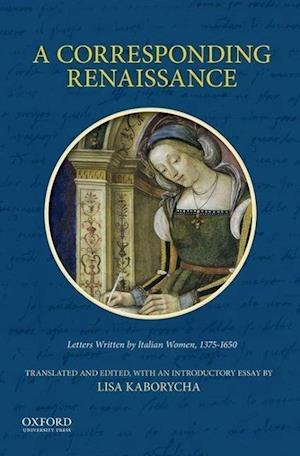 Women's vibrant presence in the Italian Renaissance has long been overlooked, with attention focused mainly on the artistic and intellectual achievements of their male counterparts. During this period, however, Italian women excelled especially as writers, and nowhere were they more expressive than in their letters. In A Corresponding Renaissance: Letters Written by Italian Women, 1375-1650 Lisa Kaborycha considers the lives and cultural contributionsrevealed by these women in their own words, through their correspondence. By turns highly personal, didactic, or devotional, these letters expose the daily realities of women's lives, their feelings, ideas, and reactions to the complex world in which they lived. Through their letters women emerge not merely asbystanders, but as true cultural protagonists in the Italian Renaissance.A Corresponding Renaissance is divided into eight thematic chapters, featuring fifty-five letters that are newly translated into English-many for the first time ever. Each of the letters is annotated and includes a brief biographical introduction and bibliographic references. The women come from all walks of life - saints, poets, courtesans and countesses - and from every geographic area of Italy; chronologically they span the entire Renaissance, with the majority representing thesixteenth century. Approximately one third of the selections are well-known letters, such as those of Catherine of Siena, Veronica Franco, and Isabella d'Este; the rest are lesser known, previously un-translated, or otherwise inaccessible.

Forfattere
Bibliotekernes beskrivelse A Corresponding Renaissance is a sourcebook of fifty-four letters written by Italian Renaissance women, newly translated into English (many for the first time ever).