A Companion to the Works of Johann Gottfried Herder 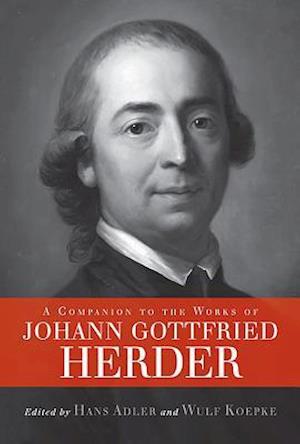 Johann Gottfried Herder (1744-1803) is one of the great names of the classical age of German literature. One of the last universalists, he wrote on aesthetics, literary history and theory, historiography, anthropology, psychology, education, and theology; translated and adapted poetry from ancient Greek, English, Italian, even from Persian and Arabic; collected folk songs from around the world; and pioneered a better understanding of non-European cultures. A student of Kant's, he became Goethe's mentor in Strasbourg, and was a mastermind of the Sturm und Drang and a luminary of classical Weimar. But the wide range of Herder's interests and writings, along with his unorthodox ways of seeing things, seems to have prevented him being fully appreciated for any of them. His image has also been clouded by association with political ideologies, the proponents of which ignored the message of Humanität in his texts. So although Herder is acknowledged by scholars to be one of the great thinkers of European Enlightenment, there is no up-to-date, comprehensive introduction to his works in English, a lacuna this book fills with seventeen new, specially commissioned essays. Hans Adler is Halls-Bascom Professor of Modern Literature Studies at the University of Wisconsin-Madison. Wulf Koepke is Distinguished Professor Emeritus of German, Texas A&M University and recipient of the Medal of the International J. G. Herder Society. Contributors: Hans Adler, Wulf Koepke, Steven Martinson, Marion Heinz and Heinrich Clairmont, John Zammito, Jürgen Trabant, Stefan Greif, Ulrich Gaier, Karl Menges, Christoph Bultmann, Martin Keßler, Arnd Bohm, Gerhard Sauder, Robert E. Norton, Harro Müller-Michaels, Günter Arnold, Kurt Kloocke, and Ernest A. Menze.