A Companion to the Anthropology of Japan

- Robertson: Companion to the Anthropology of Japan 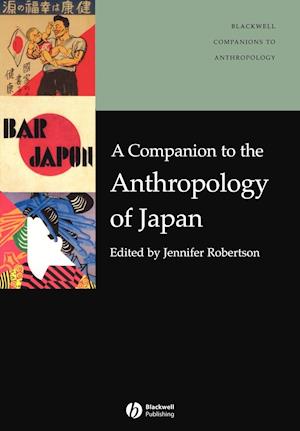 This book is an unprecedented collection of 29 original essays by some of the world's most distinguished scholars of Japan. * Covers a broad range of issues, including the colonial roots of anthropology in the Japanese academy; eugenics and nation building; majority and minority cultures; genders and sexualities; and fashion and food cultures * Resists stale and misleading stereotypes, by presenting new perspectives on Japanese culture and society * Makes Japanese society accessible to readers unfamiliar with the country

Forfattere
Bibliotekernes beskrivelse A Companion to the Anthropology of Japan is an unprecedented collection of original essays by some of the field's most distinguished scholars of Japan which, taken together, offer a comprehensive overview of the field.