A Companion to Mexican History and Culture 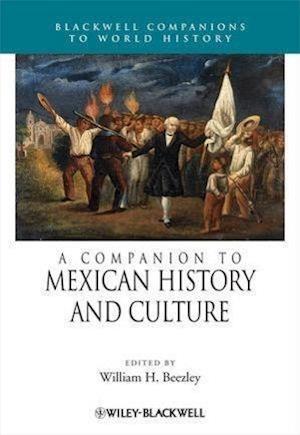 A Companion to Mexican History and Culture features 40 essays contributed by international scholars that incorporate ethnic, gender, environmental, and cultural studies to reveal a richer portrait of the Mexican experience, from the earliest peoples to the present. * Features the latest scholarship on Mexican history and culture by an array of international scholars * Essays are separated into sections on the four major chronological eras * Discusses recent historical interpretations with critical historiographical sources, and is enriched by cultural analysis, ethnic and gender studies, and visual evidence * The first volume to incorporate a discussion of popular music in political analysis This book is the receipient of the 2013 Michael C. Meyer Special Recognition Award from the Rocky Mountain Conference on Latin American Studies.

Forfattere
Bibliotekernes beskrivelse A Companion to Mexican History and Culture features 40 carefully chosen essays that focus on new approaches to Mexican history. Essays by a variety of international scholars serve to broaden accounts of the Mexican experience through the incorporation of ethnic, gender, environmental, and cultural studies.