A Cloister on Trial 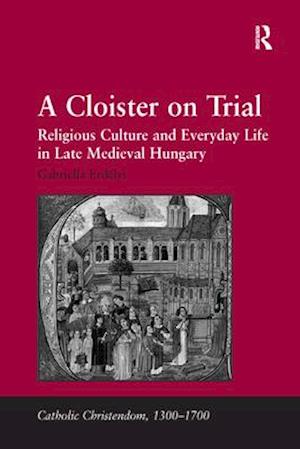 In 1517, the usually tranquil friary in the Hungarian town of Koermend found itself at the centre of controversy when its Augustinian friars, charged with drunkenness, sexual abuses and liturgical negligence, were driven out and replaced with observant Franciscans. The agent of change in this conflict, cardinal Thomas Bakocz, claimed to be acting in the name of 'cloister reform' motivated by a religious agenda, while the Augustinians portrayed themselves as the victims of a political game. Based on the surviving interrogations of a papal enquiry into these events, this book illuminates the tensions and potential conflict that lurked within the religious culture of a seemingly unremarkable and remote town. The story of the friary trial of Koermend provides a fascinating window into religion and society of Europe at the dawn of the Reformation, investigating the processes by which ordinary people emerge as historical agents from the written records. By focussing on their experiences as represented in the trial documents the book reveals the spaces and borders of individual and communal action within the dynamic of lay-clerical relations negotiated in a friary reform at the beginning of the 16th century. Furthermore, the moral nature of the accusations levelled at the Augustinians - and whether these were justified or instigated for political reasons - offers further insights into the nature of late-medieval Catholicism and the claims of Protestant reformers.