A Broken Paradise: Book 3 of the Windows of Heaven 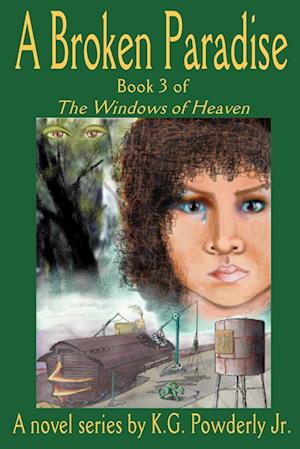 The Windows of Heaven is a multi-volume epic of the world's cataclysmic death and rebirth in an age only legend, myth, ancient scriptures and "out-of-place" fossils recall.

A Broken Paradise drops us into the stormy life of Tiva; an abused girl in the house of the Seer Clan's most respected Dragon-slayer.

Distant wars rage, and their Prince A'Nu-Ahki--prophesier of the future cataclysm--is reported dead. Tiva's father seizes control of the Clan, while the outside world pushes into their tribe's secluded valley in swarms of lawless migrants, war deserters, and seething zealots.

Abuse at home crushes Tiva's spirit, while the remaining Seer Clan elders bicker over what form the End will take. None of them realize they have even more immediate problems.

Dark conspirators in high places will soon make the Valley of Seers the nexus of a global power struggle between men and gods, while a dark force is taking shape among the youth.

As she matures, Tiva begins to embrace the unthinkable. Where can she turn when all hell breaks loose, if even the "good guys" are unreliable and ancient social institutions fall to mad ideologies that deny even the most basic realities of human existence?