A Bright Moon for Fools 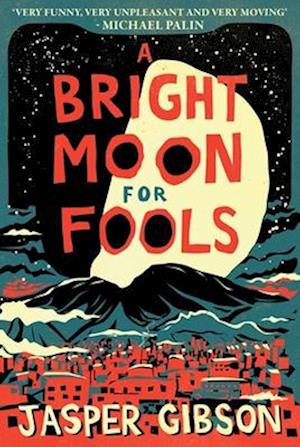 For the fans of A Confederacy of Dunces, a dark comedy of a con man on the run in rural Venezuela.

Harry Christmas is unable to cope with the death of his wife and has been bouncing from one bad decision to the next. After a terrifying assault by the son of a woman he has conned, he makes up his mind to leave the country. Now Harry Christmas is on the run.

On a mission to track down his wife's ancestral village, Christmas arrives in Venezuela certain that his fortunes are about to improve. He's dead wrong. Soon out of money and luck, he is forced into yet more deceit--with devastating consequences for those he has fooled. Lost, drunk, and lurching across rural Venezuela, Christmas reaches the point of breakdown. He wakes up in a village at the end of the world. He is hanging by one leg from a tree. Inspired by the mighty Lola Rosa, he tries to crawl out of his spiritual abyss and find a way to live amongst these fishermen and farmers--but love isn't easy when you are a career liar still married to the dead. As the real trouble begins, can redemption survive?

Published in the UK to great acclaim, A Bright Moon for Fools is a comic novel that is as funny as it is heartbreaking. Jasper Gibson's debut marks the arrival of a bold new voice in fiction.